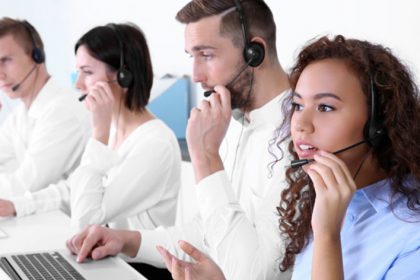 Remote and flexible working could be the future of work according to Upwork’s Future Workforce Pulse Report. The report that was conducted towards the end of 2020 showed that remote workers contributed to about 41.8 percent of the American workforce, with the figure rising to 56.8 percent when part-time remote workers were included. The study also predicted that long after the pandemic, Americans working remotely will be in excess of 36 million in 2025. These statistics point to the fact that flexible working might not be a luxury anymore in the business world. Companies have to invest in infrastructure and policies that facilitate seamless collaboration between remote teams.

If you manage a multi-lingual team, you most probably have on-site working systems that make communication easy and effective at the workplace. But as you have now realized, the systems were rendered obsolete when the team was geographically dispersed. What you need now is to invest in remote interpretation services.

Let’s first make this clear: interpretation and translation are two completely different things. The main difference between the two is that translation services deal with written text whereas interpretation services deal with spoken language. The main similarity between the two is that they both convert a source language to a second language in order to make communication possible between two audiences/speakers who don’t share the same native tongue.

Remote interpretation can be categorized into two: Consecutive interpretation and simultaneous interpretation. For the former, a few sentences are spoken in the source language, the interpreter silently notes down the key points, and then the speaker pauses to allow the interpreter to paraphrase the sentences in the second language. That enables both parties in the conversation to have a free-ranging conversation. For the latter, interpretations happen almost in real-time. Interpreters listen to the speaker and in a matter of seconds relay the message to the audience via headsets. You can deploy either style depending on your needs; they both are very effective.

How Would Language Services Benefit Your Remote Teams?

Many people who were forced by the pandemic to work from home have been struggling with reduced motivation, morale, and productivity. Such workers were not psychologically prepared for remote working, and they had to follow work structures that weren’t originally designed for remote arrangements. What such workers need is strong leadership and unwavering support from senior executives. They need help setting up their home offices and even more importantly, they need guidance on how to collaborate with their remote colleagues. A professional translator or interpreter helps in that regard by ensuring that instructions and guidelines from the head office are relayed accurately and effectively in each member’s native tongue.

Note that your company doesn’t have to span the globe to need language services. All your remote employees could have the same nationality but have different first languages. Take the US, for example. According to the Center for Immigration Studies, at least one in five people in the country’s labor market spoke English as a second or third language in 2018. This number is most probably higher now. In states like Hawaii, Arizona, Florida, Nevada, New Jersey, New York, New Mexico, Texas, and California, about one in three households speak languages other than English. Although most of these people understand English well, some of them understand just enough to make basic conversation in the workplace. Some depend on bilingual colleagues or written communications to get by at work. Now that they are stuck at home without support from colleagues, they might struggle to digest some important communications. They will feel more supported and motivated when instructions are interpreted and presented to them in their most preferred language.

Professional interpretation services act as the intermediary between employers and their multilingual remote teams by enhancing both vertical and horizontal communications. That alone, from a practical perspective, can help employers to better exploit the full potential of each employee. Each staff member clearly understands the company’s position, mission, vision, and short-term goals. Everyone understands their role in the bigger picture, even when they work miles from each other.

The good thing with remote/online translation and interpretation services is that they have a longstanding history of success. The excellence of their structures has been tested over time and the wealth of language services providers has been proven to be beyond reproach. With the necessary due diligence, you can bet on finding a reputable interpreter for your specific needs.

Delivering Successful Remote Working through Interpretation Services: What Are the Benefits?

Allowing your multilingual teams to work remotely and then communicating with them through remote interpretation services is a great way of enhancing employee productivity. That’s according to a 2015 academic study. The study that was conducted among remote workers for a Chinese call center showed that their productivity was 13% higher than in-office workers. When working from home, these employees take fewer breaks, they are happier, and they love their job more than their in-office colleagues. This is a benefit you’ll leverage best by integrating language services into your remote working core operational processes.

Perhaps the greatest communication disadvantage that businesses face when communicating with remote teams over the phone is that they lose their ability to communicate through nonverbal gestures. Body language is also grossly limited when communication is done via video calls because, in most cases, only the face shows on the screen. Note that communication between people who don’t share a native language can be facilitated by nonverbal gestures by over 90%. Business executives need to make up for this disadvantage lest their message gets lost in translation. Interpreters who are adequately skilled and trained in linguists can help businesses make up for this disadvantage. Their command of both the primary and secondary language, as well as their understanding of your line of work, works to your advantage.

The silver lining of the pandemic has been the rise in creativity and flexibility in employee-employer relationships. Businesses have even changed how they deliver services to different audiences. For managers of multilingual teams, creativity and flexibility have to be supported by remote interpretation services if both the employer and employees are to realize optimal benefits of remote working. 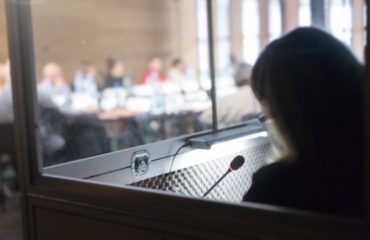 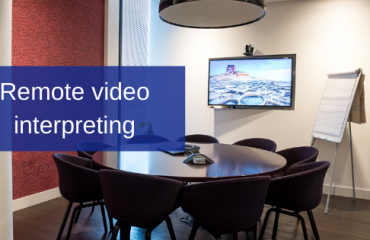 What you need to know about video remote interpreting? 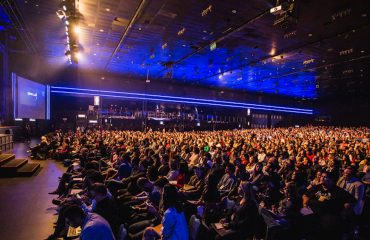